A Good Starting Point for Your Activities

The Willows Motel is in an optimal location for reaching the most important destinations in our area- Grand Coulee Dam, Lake Roosevelt and abundant wildlife. At the same time, you'll find that the motel is a wonderful place to relax and unwind from the adventures and stress of the day.

Some of the advantages of our location

Do you have any questions about possible activities? We always keep current informational material for you at the front desk!

Photo Gallery: Highlights of Activities in the Area 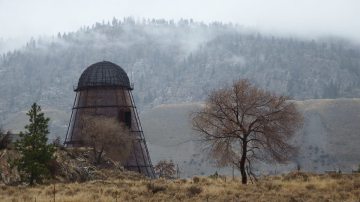 Wilbur, which was named after its founding father, Samuel Wilbur Condon, was originally incorporated under territorial law on May 25, 1889, but this incorporation was declared void when Washington became a state on Nov. 11, 1889.  However, local citizens immediately set about the task of applying for legal incorporation, which was granted in August 1890.

Fifteen years earlier, Samuel Wilbur Condon settled on the flat land between the bluffs near Goose Creek, on the site that is now Wilbur.  It is said that he originally discovered the site in the mid-1860′s.  It is this colorful character of the old west that Wilbur honors each May with its Wild Goose Bill Days celebration.  Legend has it that Condon was dubbed “Wild Goose Bill” after shooting into a flock of tame geese, purporting to believe they were wild.

In the beginning, Condon raised horses on a ranch he established here, but in the 1880′s he realized there was an opportunity to serve the migration of settlers traveling through the area.  He expanded his business enterprises, developing a road to the mines in the north, a ferry across the Columbia River, and a supply system to sell merchandise to the pioneers and miners, as well as to the local Indians.

By the late 1880′s, a number of other people had joined Condon at his ranch along Goose Creek, but Wilbur’s real boom began in 1888 when it was learned that the Central Washington Railroad would go through the town.  The following year the town site was platted.  Three sawmills were kept running at peak capacity, but still the supply of lumber was inadequate to meet the needs of the rapidly growing community.

Condon died in January 1895 in a gunfight over a woman.  He had been married and divorced from two Indian women and was the father of three sons, the youngest a handicapped boy named Charles.  Condon hired a young twice-married girl, Millie Dunn, to care for Charles.  According to legend, she soon alienated his affections from his current wife, who he induced (by the gift of a band of ponies) to return to her people on the reservation.

Millie lived with Condon for two years before leaving him for a younger man, Jack Bratton. According to The Wilbur Register, printed at the time of his death, “Her desertion of him preyed strongly on Condon’s mind and he drank deeper than usual to drown his troubles.”

In this condition, he went to the ranch where Millie was staying.  When he learned that she had no intention of marrying him, Condon shot her through the arm.  A young man, Barton Parks, who was also staying at the ranch, jumped in to protect Millie.  Parks and Condon ended up killing each other in the gun battle that ensued.

Condon was in his early 60s at the time of his death.

In addition to Condon, who was well-known throughout the Northwest, another of Wilbur’s claims to fame is Wilbur resident and merchant, M.E. Hay, who served as Governor of Washington from 1909 through 1912.  Hay, along with his brother, E.T. Hay, owned a large mercantile store in Wilbur.  After it burned to the ground in 1901, it was rebuilt, bigger and better than ever.  However, when it burned a second time some years later, it was not rebuilt.

M.E. Hay was elected Washington’s Lieutenant Governor in November 1908, and took office the following January.  However, in April, newly-elected Governor Samuel G. Cosgrove, died of Bright’s disease, and M.E. Hay officially took over the Governor’s chair to serve Cosgrove’s four-year-term.  Hay was the first Washington Governor to live in the governor’s mansion, which is still in use today.